The Embassy of Lebanon in Warsaw would like to inform that The Lebanese Ministry of Tourism has launched a 50-day shopping campaign of 50% discounts. It’s called the “Smile Lebanon 50/50” campaign, starting January 8 until February 28, 2013. Special packages have been prepared in coordination with Lebanon’s Middle East Airlines, hotels, restaurants, car rental companies and shopping centers.
For more information concerning this campaign and tourism in Lebanon, you can visit the following websites:
– www.mot.gov.lb (Ministry of Tourism)
–www.destinationlebanon.gov.lb
–www.mea.com.lb

On 23 April 2012 Chargé d’Affaires a.i. Mr. Youssef Jabre had at the office of the Embassy a meeting with a Lebanese businessmen delegation and discuss with them ways of expanding commercial cooperation between Lebanon and Poland.

The delegation was composed of Mr. Charles Arbid, the president of the Lebanese Association for Licenses of Excellence and Mr. Shafik Thabit, the chairman of Board of “Soumeriyya” TV.

The participants of the meeting touched on the programme of the visit and focused on possibilities of investment in Poland considering that the Polish Authorities are currently making efforts to boost the economic relations with the Arab World and seek investment possibilities in Arab countries. They also talked over character and level of the bilateral relations between Lebanon and Poland in all the fields, particularly level of commercial cooperation.

It is worth to stress that the visit of the Lebanese delegation to Poland on 23-25 April 2012 was organized by the Polish Embassy in Beirut, which had prepared a very rich programme of meetings with various ministries officials.

On March 26, 2012 Chargé d’Affaires a.i. of Lebanon Mr. Youssef Jabre visited with the embassy’s staff the exhibition “Lebanon – Photographs of Daria Pawęda” at Traffic Club in Warsaw organized by the Asia and Pacific Museum, and open from 20 March to 6 April 2012. Mr. Jabre met there with the author of the photographs as well as the organizer of the exhibition Mrs. Karolina Krzywicka to warmly thank them for introducing to the Polish audience the beautiful sights and unusual nature of Lebanon. During the conversation Mrs. Pawęda, who often travels around the world, told Mr. Jabre that she came back from Lebanon, delighted with its richness and cultural diversity.

This small exhibition, but worthy of great recognition because of its high artistic level is composed of color views of Beirut and other towns, photographs of famous Lebanese cedars, Christian and Muslim temples or architectural details.

On 20th of March 2012, Chargé d’Affaires a. i. of Lebanon Mr. Youssef Nouhad Jabre has received for a dinner at his residence about 80 persons from the Lebanese community in Warsaw.

The purpose of this meeting, opened with the Lebanese national anthem, was to update databases, discuss the possibility of establishing classes of Lebanese language and to found, above-all, an Association for the Lebanese living in Poland involved in cultural and philanthropic services.

In concluding his speech, Mr. Youssef Jabre encouraged the Lebanese people in Warsaw to gather evenly and offered the services of the Lebanese Embassy in Warsaw in the realization of the mentioned tasks.

Guests were invited during this evening to savour homemade specialties of their homeland prepared at the residence. 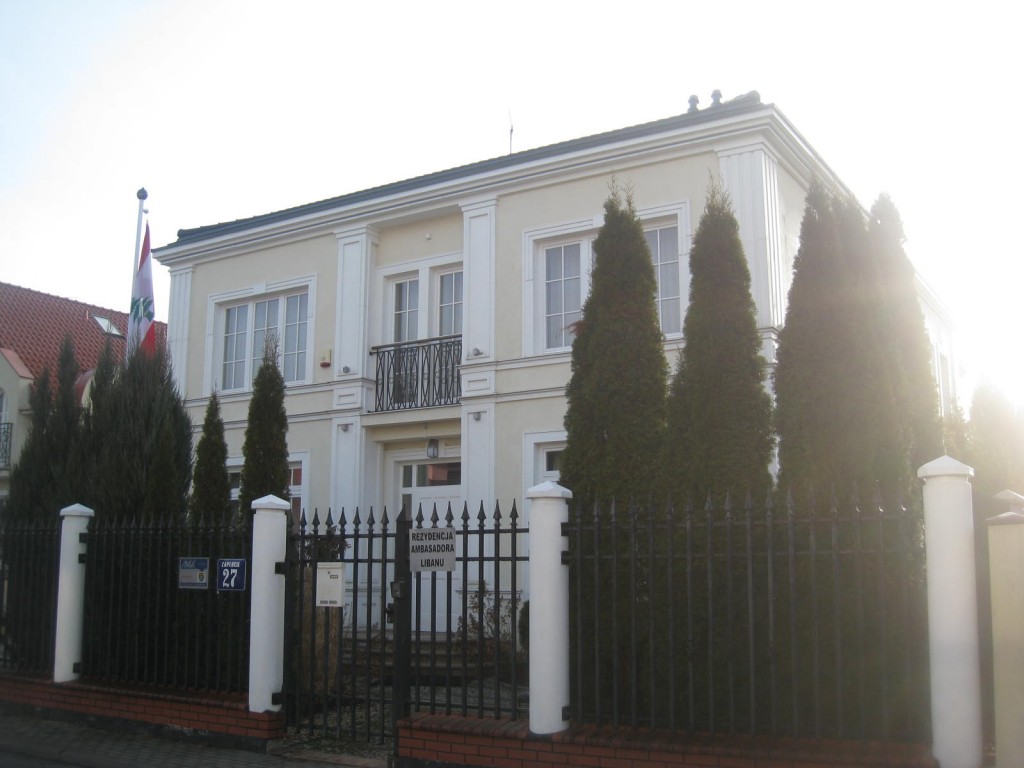 On Wednesday 11th January 2012 the Faculty of Oriental Studies in cooperation with the Diplomatic Missions accredited in Warsaw celebrated as in previous years the open gates for new students. This academic event took place in the prestigious venue Ball Hall in Tyszkiewicz-Potocki Families Palace at Warsaw University.

Honorable guests among whom the Embassy of Lebanon in Warsaw gave speeches about their countries aiming to encourage students for cultural exchanges and to broaden their horizons. Mr. Youssef Nouhad Jabre, Chargé d’Affaires a.i. of the Lebanese Republic made a speech about the present situation in Lebanon, its tourism industry and the necessity to develop cultural and scientific relations between Poland and Lebanon.

The meeting was followed by a reception on which Diplomatic Missions introduced the students to the delight of palate of their national cuisine. The Embassy of Lebanon in Warsaw provided promotional materials and national refreshments thanks to the participation of the Lebanese restaurants “Le Cedre” and “Fenicja”.

This event was the occasion to engage students of Oriental Studies in Poland’s most important University in specific topics related to Lebanon and the Middle East. 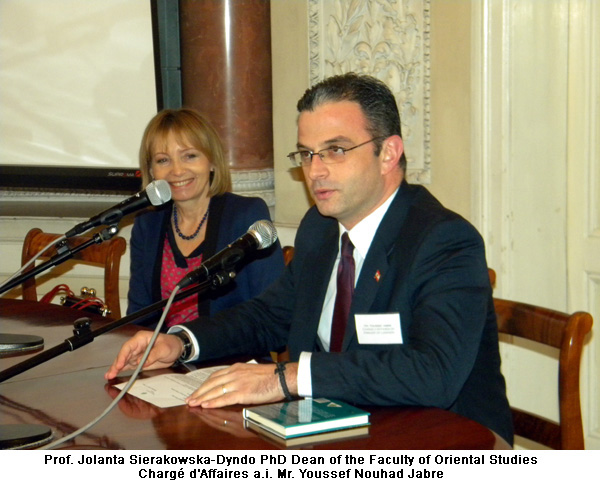 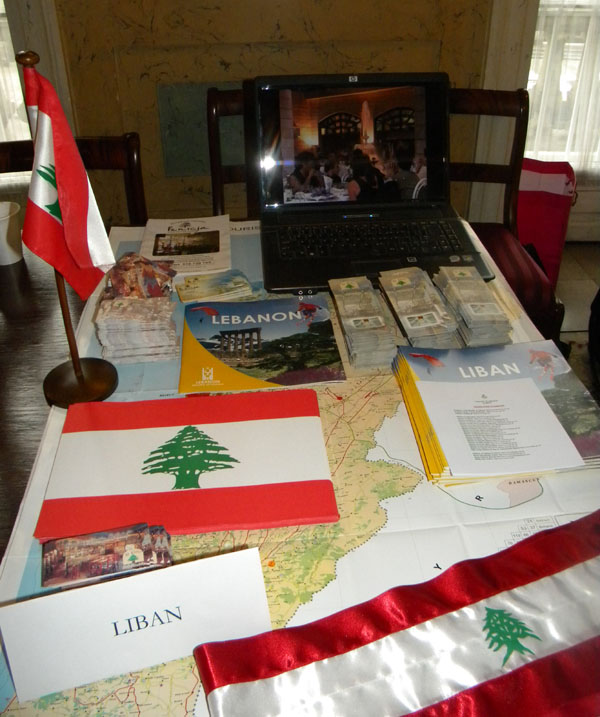